It’s been 10 months since Russia launched its full-scale invasion of Ukraine — a country whose people are now battling against winter as well as war. In recent weeks, Moscow’s forces have targeted Ukraine’s energy grid with massive shelling, in what Western officials have said is Russia’s attempt to “weaponise” winter. Despite the new hardships, Ukrainians continue to fight for freedom and for their country’s sovereignty.

But amid the fighting, war crimes are still being committed, and discovered. From mid-October to the end of November, Russian war crimes in Ukraine increased by 20%, and the number of deaths also increased, data from the war-torn country’s prosecutor’s office suggests. 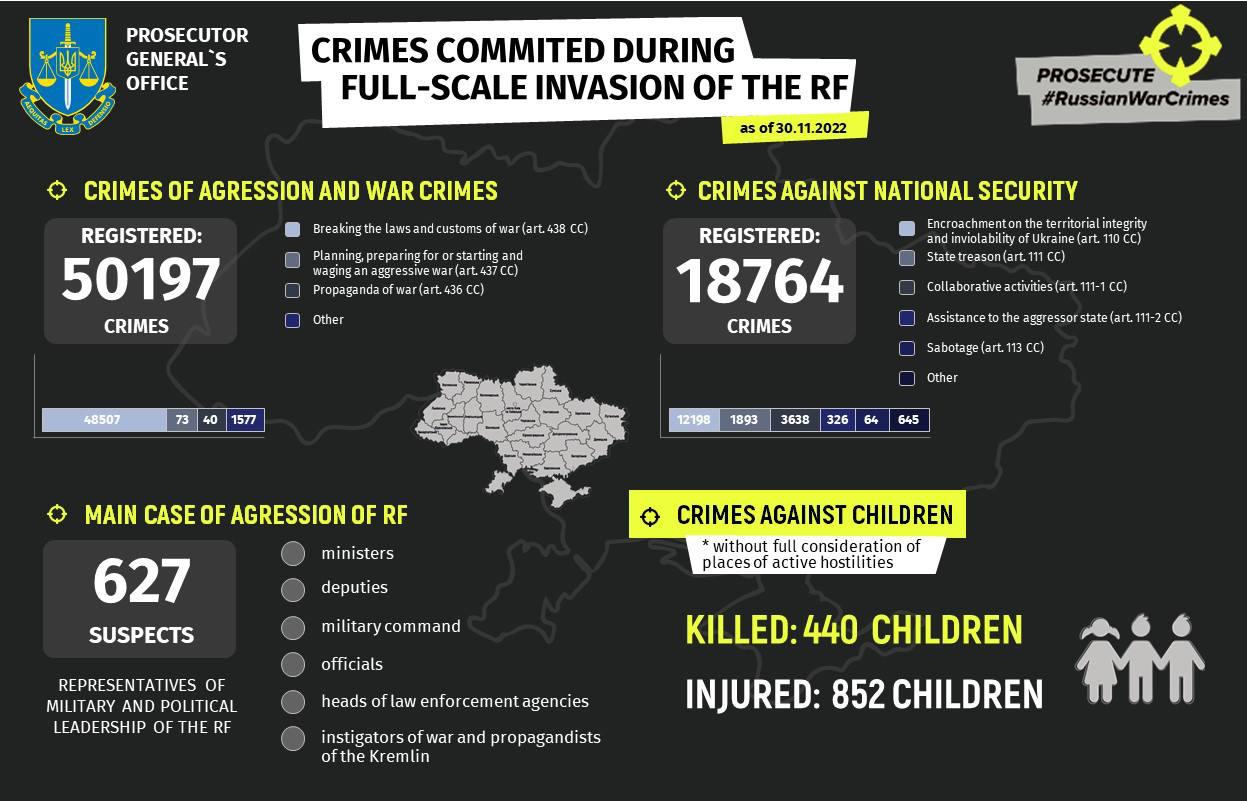 Ukrainian couple Maria and Vitaliy found out they were expecting their fourth child just as the war broke out in late February. Their little boy, named Serhii, was born in November in a maternity hospital in Vilnyansk, Zaporozhye region. But Vitaliy would never get to meet his son – who was killed by a Russian missile strike on the hospital just two days after he was born, and before his birth certificate had been issued.

Serhii’s mother, Maria, survived the strike. The Washington Post – who spoke with the grieving family – describes scenes from the little boy’s funeral, which serve as a reminder of the dark realities of war.

A morgue in Izium is struggling to cope

According to journalists at Slidstvo.info, in less than three months after Russia’s de-occupation of the city of Izium, Ukrainian authorities have discovered more than 650 dead bodies of residents. At least 30 of them have not yet been identified.

Izium’s morgue is overcrowded with bodies, some of which show signs of torture, and is struggling to cope with the volume. For a long time, there was no one available to perform autopsies, because the forensic expert was killed by Russians in the spring.

Human Rights Watch said it has documented illegal Russian strikes including the use of cluster munitions in Ukraine’s second-largest city, Kharkiv, that killed civilians and damaged healthcare facilities, civilian homes, and infrastructure.

HRW said strikes have been “carried out in populated areas indiscriminately including using explosive weapons with wide area effects and widely banned cluster munitions in apparent violation of international humanitarian law, or the laws of war.”

“An outrageous lack of care” for civilians, MSF report says

Médecins Sans Frontières says that research conducted on its medical referral train, driven by medical data and accounts from patients shows that the war in Ukraine is being carried out with “an outrageous lack of care” for civilian protection. Over 40% of those wounded, it said, “have been elderly people and children with blast wounds, traumatic amputations, shrapnel and gunshot wounds.”

“This points to a lack of respect for civilian protection which is a serious violation of international humanitarian law,” MSF said.

The bodies of three Ukrainian men discovered in August in a forest in Kapitolivka, Kharkiv region, showed signs of torture, Human Rights Watch said. The gruesome injuries on the bodies of the men included punctured chests, broken ribs, and severe head trauma. HRW interviewed villagers there to try to understand the events that led to their deaths.

One man who was at some point detained in a basement with the men, and survived, told HRW that after returning from bouts of interrogation by Russian soldiers, “he never wanted to talk about what they did to him – but I heard screams every time.”