Since Russia launched its invasion on Ukraine on 24 February, much of the Western world has faced down Moscow’s aims by rallying together to supply the war-torn nation with an unprecedented level of humanitarian and military aid. But equally critical, especially as the war drags on and more horrors come to light, is the support organizations and journalists are showing Ukraine in documenting Russian war crimes.

And irrifutable evidence of Russian war crimes has been documented. But in order for a court to consider the findings as evidence of war crimes, it is critical that facts on the ground are collected vigorously and thoroughly – with no stones unturned. A helping hand was given recently by two experts, Beth Van Schaak, Ambassador-at-Large for Global Criminal Justice, and Janine Di Giovanni, Director of Project Payback in Ukraine, who held a closed conference for European journalists, to discuss fact-finding practices in war-torn Ukraine of the Russian Army’s crimes. The U.S. is also making efforts to collect and analyze documentation of potential crimes.

Holding Russia to Account for its War Crimes in Ukraine

Di Giovanni has worked for more than three decades as a human rights reporter and investigator in conflict zones around the world, in the regions such as the Balkans, Africa and the Middle East. Using her extensive experience, she shared stories from the occupied territories of Ukraine and beyond.

Russia’s Kremenchuk Claims Versus the Evidence

Dozens of people killed, burned, and missing in a missile attack on a shopping mall in the city of Kremenchuk, in the Poltava region of Ukraine. Russia said it was fake news from the Ukrainian authorities, claiming the missile hit an ammunition depot near the mall. However, investigators at Bellingcat gathered the facts and confirmed that the missile indeed struck the mall.

Everyone had to be blindfolded and hold the rope

On the first day Russian forces seized the Ukrainian village of Nova Basan, Russian soldiers not only began terrorising villagers they also shot and killed a 14-year-old teenage boy who was simply playing with a ball in the street. The Russian forces then rounded up the village men, and kept them captive in basements depriving them of food and water. The horrific ordeal went on for almost a month. When the women and children were eventually allowed to leave, Russian soldiers led them blindfolder through a minefield. Slidstvo.Info spoke with the locals who managed to indentify the person who gave orders to shoot the civilians.

“The command to shoot has arrived; put a cap over your eyes and face the wall.” Those were the words of a Russian soldier in a village in Ukraine’s Kherson region, that was under occupation for six months. After the village’s liberation in early September, Truth Hounds, an international human rights organization, documented grim war crimes committed by the Russian military in testimonies from survivor’s.

So far, the Truth Hounds team have conducted about 20 field missions, and interviewed dozens of witnesses and victims of war crimes from 11 regions of Ukraine. One journalist managed to speak with a man who survived horrific torture at the hands of Russians. “After the first shot, I felt pain in my left shoulder blade, I fell to my knees.” 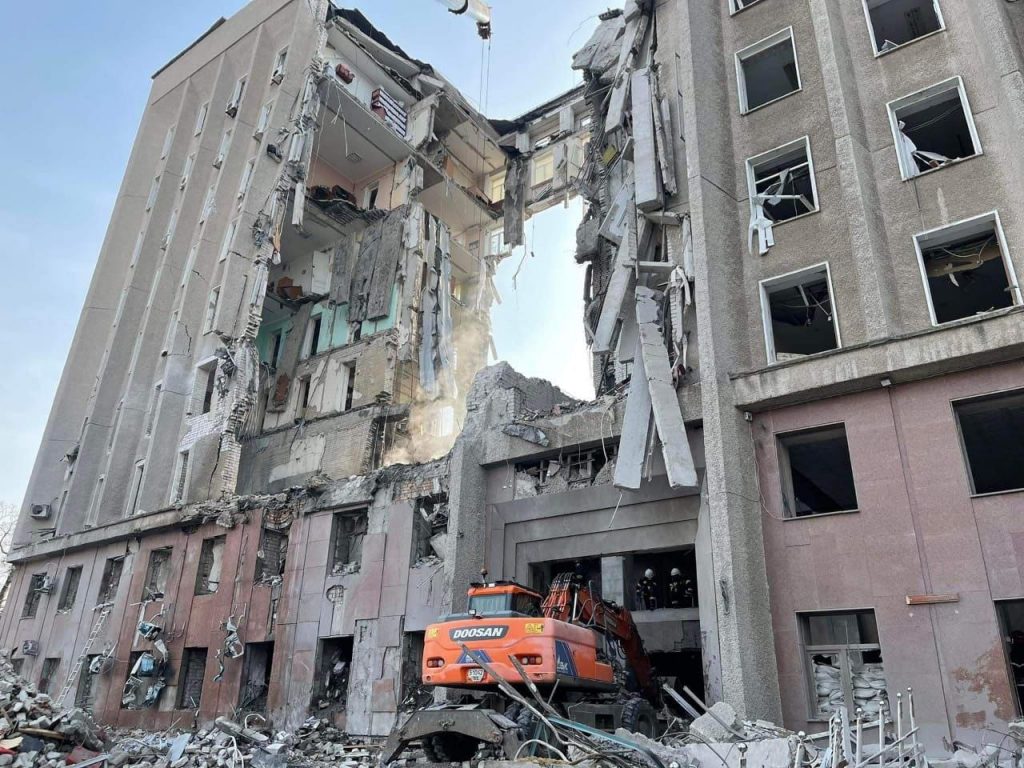 When footage emerged of the destroyed Mykolaiv city administration building early on in the war, the images quickly went viral. That the target of the attack was not a military facility enraged people across the world. Truth Hound conducted a detailed investigation and determined what kind of missile was used to strike the building that came to symbolise the brutal reality of Russia’s invasion. They also deteremined from where the missile was launched, and who gave the green light to fire it.

Invaders of the Atom

The recent missile strikes on Europe’s largest nuclear power plant in Zaporizhzhya, Ukraine, put the whole world at risk and on edge. One missile struck just 300 meters from one of the plant’s reactors, the footage of which was posted on social media by Ukrainian President Volodymyr Zelensky. Watch the footage, captured by a surveillance camera, here.