Nearly 300 days have passed since Russia launched its bloody incursion into neighboring Ukraine. Since then, many Ukrainians count the war in days as a wry nod to Moscow’s failure to capture the capital Kyiv, in just three days as it had expected.

But despite Ukraine’s impressive resistance – which has extended even to the re-capturing of some of its territories – the tragic loss of life of both civilians and soldiers continues. Russia’s recent barrage of attacks on energy infrastructure is exacerbating Ukraine’s woes as winter grips. Ukraine’s air defense systems, however, are also becoming more adept at nullifying the attacks. Nonetheless, President Volodymyr Zelenskyy said that 1.5 million people in the Odessa region also were recently left without electricity.

Today, much of Ukraine is now living under an almost constant whir of air raid sirens and energy rationing. Journalists and truth-seekers on the ground, however, continue to push on to inform the world of the full horrors of Russia’s war. 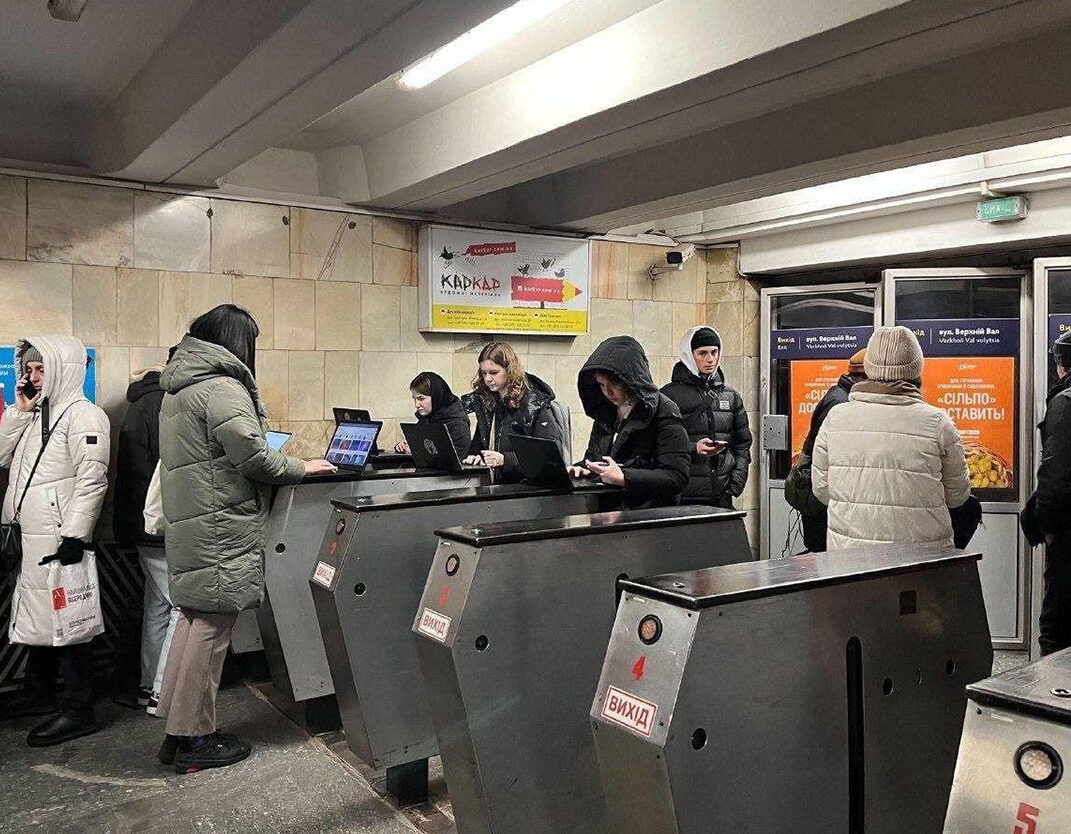 Father of four Sergey Avdeev was 33 years old when he was brutally tortured to death by Russian forces. His body showed evidence of bullet wounds, broken fingers, and cuts. Journalists at Slidstvo.info spoke to Serhiy’s mother to find out more about her son’s case.

In the de-occupied Kharkiv region, more than 20 torture chambers have so far been discovered. At these sites, both civilians and the military were abused by Russian forces. Even those with previous military affiliations, like that of Avdeev, who once served in Ukraine’s anti-terror forces.

For the third month in a row Russian troops have been aggressively shelling Ukraine’s energy infrastructure. Human Rights Watch now say that the targeted demolition of critical services that provide civilians with basic amenities such as water, heat, and health services is designed to instill terror among the population in violation of the laws of war.

HRW has gathered evidence to highlight how repeated power outages put civilian lives in danger. The conditions for many are extremely difficult, but especially for medical professionals who are frequently forced to operate under flashlight.

A Mariupol evacuation ended in captivity

When Valentyna Honchar finally escaped Ukraine’s besieged port city of Mariupol, where she has experienced starvation and exhaustion – she did not expect things would get worse. During her evacuation, Honchar, her 24-year-old son, and his girlfriend had to pass through one of Russia’s controversial “filtration camps” – where her son was detained for interrogation.

“Do not worry,” Honchar recalls being told “we will ask him a couple of questions and he will be released.” But seven months have since passed and Honchar, who spoke with Important Stories, still has no idea of her son’s whereabouts.

Human Rights Watch documented the stories of two Mariupol residents who were allegedly taken forcibly displaced, some to Russia through “filtration camps,” which HRW describes as “an abusive form of compulsory security screening”. The case of 24-year-old Ms. Svitlana, which exemplifies the filtration process, could amount to “a serious violation of the laws of war amounting to a war crime and a potential crime against humanity.”

The other victim, 43-year-old Mr. Roman (both used aliases for security reasons), paid $1,000 in order to leave his region safely, to avoid being used “as cannon fodder,”  as he’d later learn many of his friends were.

Grave diggers: Community work in a time of war

In the wake of Russia’s de-occupation of Izium in September, multiple mass graves were discovered in nearby forests containing the bodies of civilians and soldiers. Some showed signs of torture. But who buried the bodies there?

Journalists at “Schemes” spoke with some of the volunteers who – often under a barrage of shells and using only four stretchers – dug about 25 graves a day to help provide dignified burials and re-burials, sometimes to entire families.

“These are peaceful citizens, children, adults, elderly people who were buried just in yards, near kindergartens,” said Pavlo Holub, an Izium resident and volunteer. “They were randomly buried along roads (and) central streets.”

Edited by Stephen McGrath
Source: Ministry of Defence of Ukraine