As Russia’s war in Ukraine drags into its seventh month, more evidence of a shocking series of war crimes committed by Russian forces is coming to light. Last week, a mass burial site was discovered in the recaptured northeastern city of Izium, where investigators exhuming bodied say signs of torture are apparent on some of the bodies. The bleak discovery is yet another indicator – adding to a string of others – that highlights the extent of brutality employed by Moscow’s soldiers on civilian populations since it launched its invasion on 24 February.

New mass burial site discovered; some victims show signs of torture. One of the largest mass burial sites was discovered last week in Ukraine in a forested area on the edge of the northeast town of Izium, where more than 400 bodies have so far been discovered. Investigators say some of the exhumed bodies had broken limbs and rope tied around their necks, and warn the number of bodies at the site could dramatically rise.

Kidnapping of Ukrainian civilians. In late June, Matilda Bogner, the United Nations’ head of human rights monitoring in Ukraine, said that more than 270 cases of kidnapping and holding Ukrainian civilians captive have been documented. Other reports claim the Russian army has kidnapped and forcibly displaced more than 1,500 civilians to territories in Russia and Belarus.

“Tracking the faceless killers”. Using open-source intelligence, investigators at Bellingcat identified a Russian soldier who brutally castrated a Ukrainian prisoner of war in July using a  knife. The horrific ordeal was filmed and later posted in a Russian Telegram channel. The Bellingcat team used visual clues from the footage to identify and establish that the perpetrator was likely part of a Chechen paramilitary unit that is serving with the Russian army in Ukraine. The team even talked to the culprit.

Mass murder in a Ukrainian post office. On February 28, just days after the war started, the Russian army carried out a mass execution of five people at a village post office in the Kyiv region, according to Radio Free Europe. The report states that the Ukrainians were interrogated and beaten before being shot. The journalists managed to talk to a man who survived the ordeal and is ready to identify those who ordered the brutal killings.

“The Banality of Cruelty” The Organized Crime and Corruption Reporting Project and Slidstvo-info obtained Telegram chats between survivors of Bucha massacre, a town in the Kyiv region that was under Russian occupation for more than a month, and came to highlight the extent of Russia’s brutality against civilians. The Bucha residents describe in detail the horrors they experienced; of civilian homes being constantly shelled, people dying in their apartments, and their neighbour’s dead bodies being stacked in an abandoned bus. 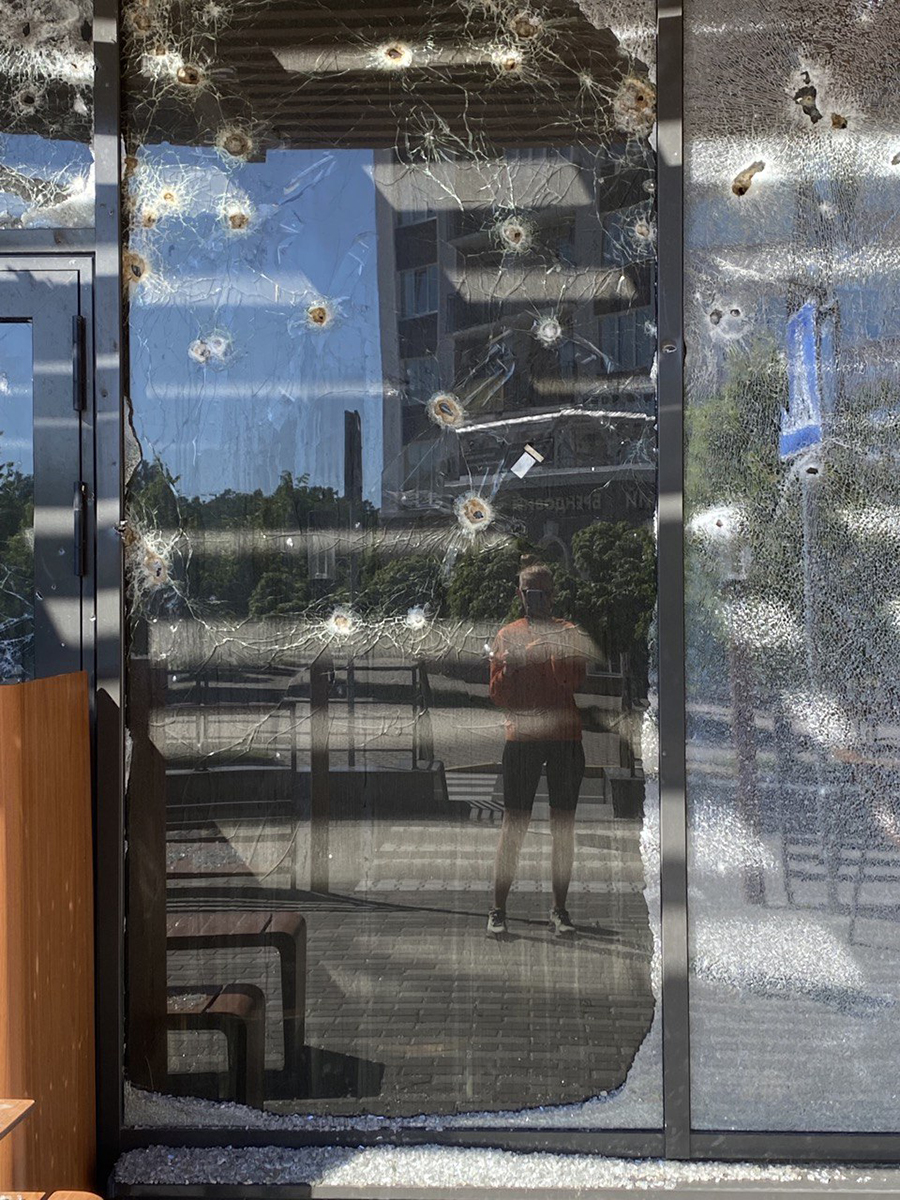 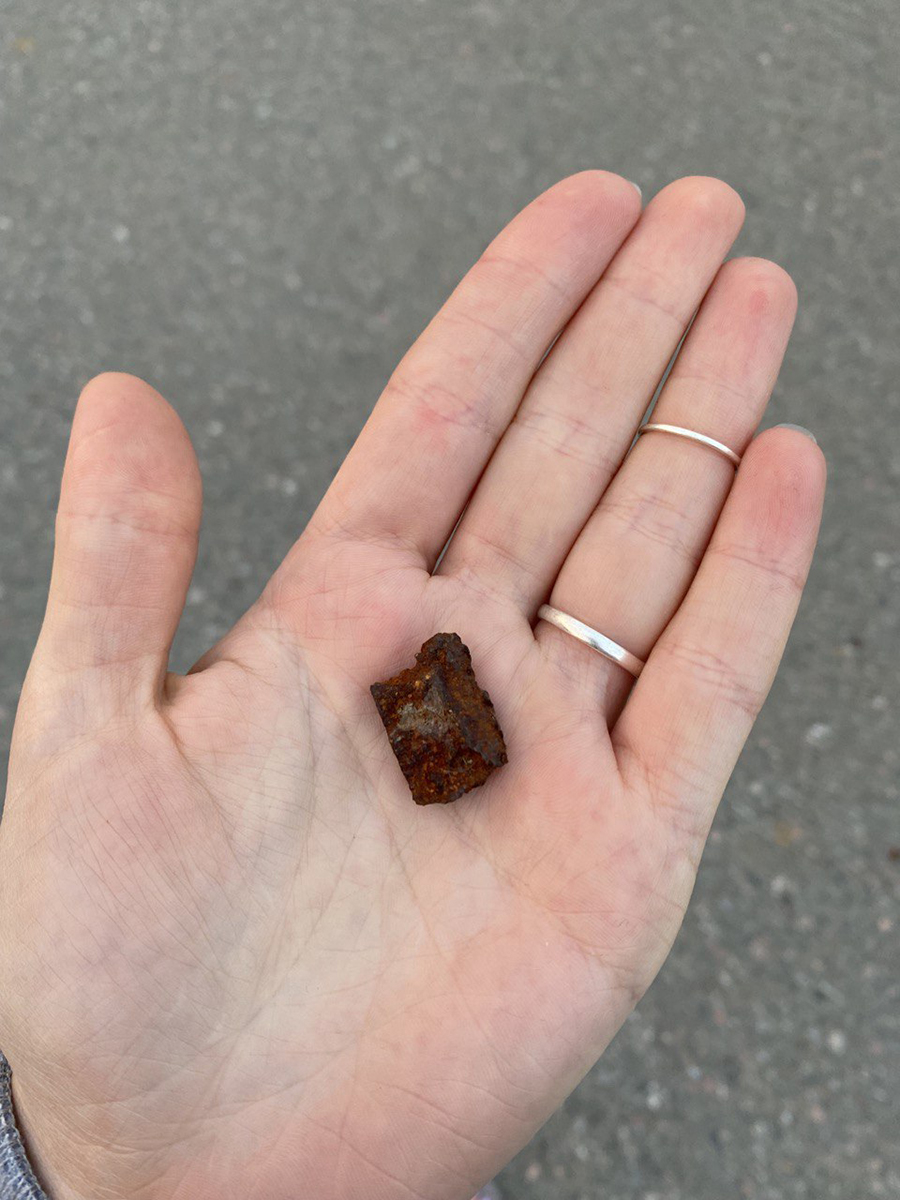 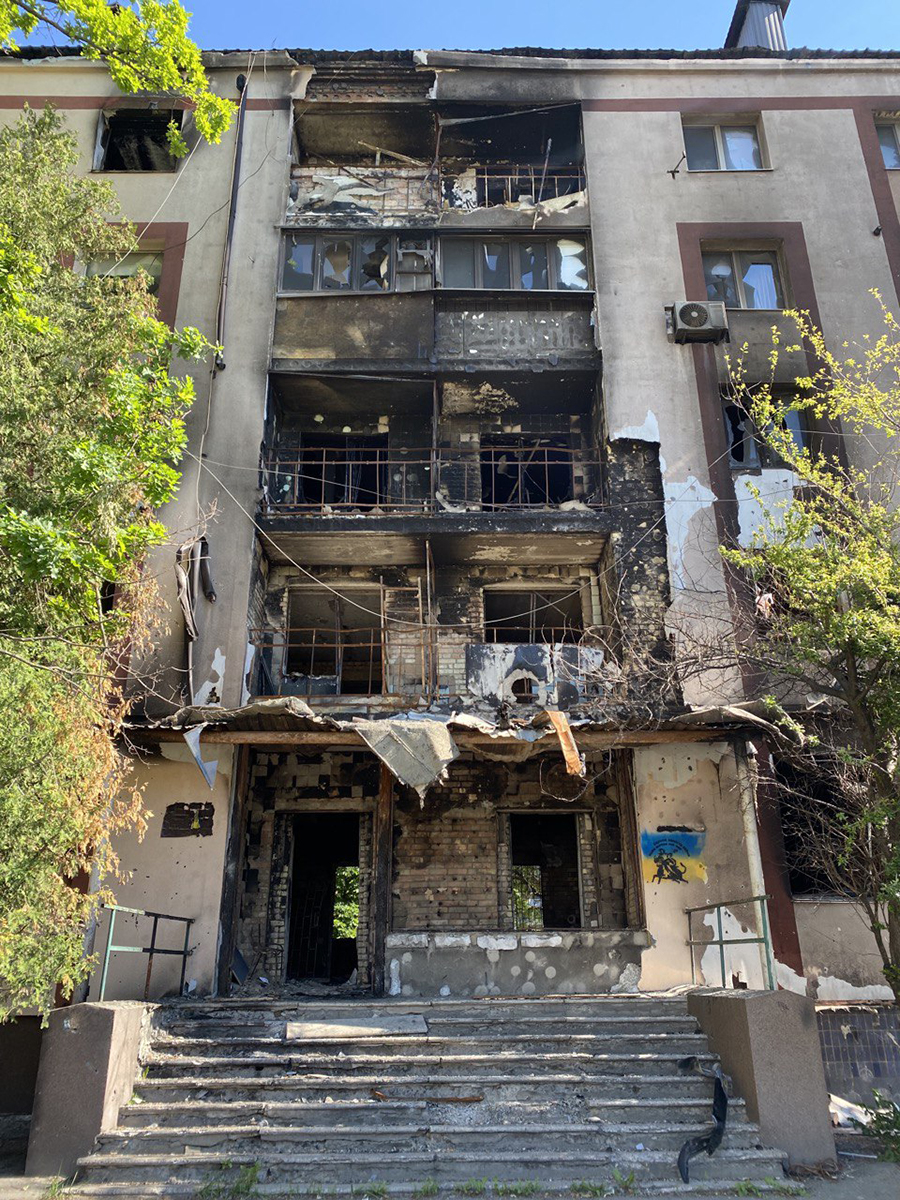 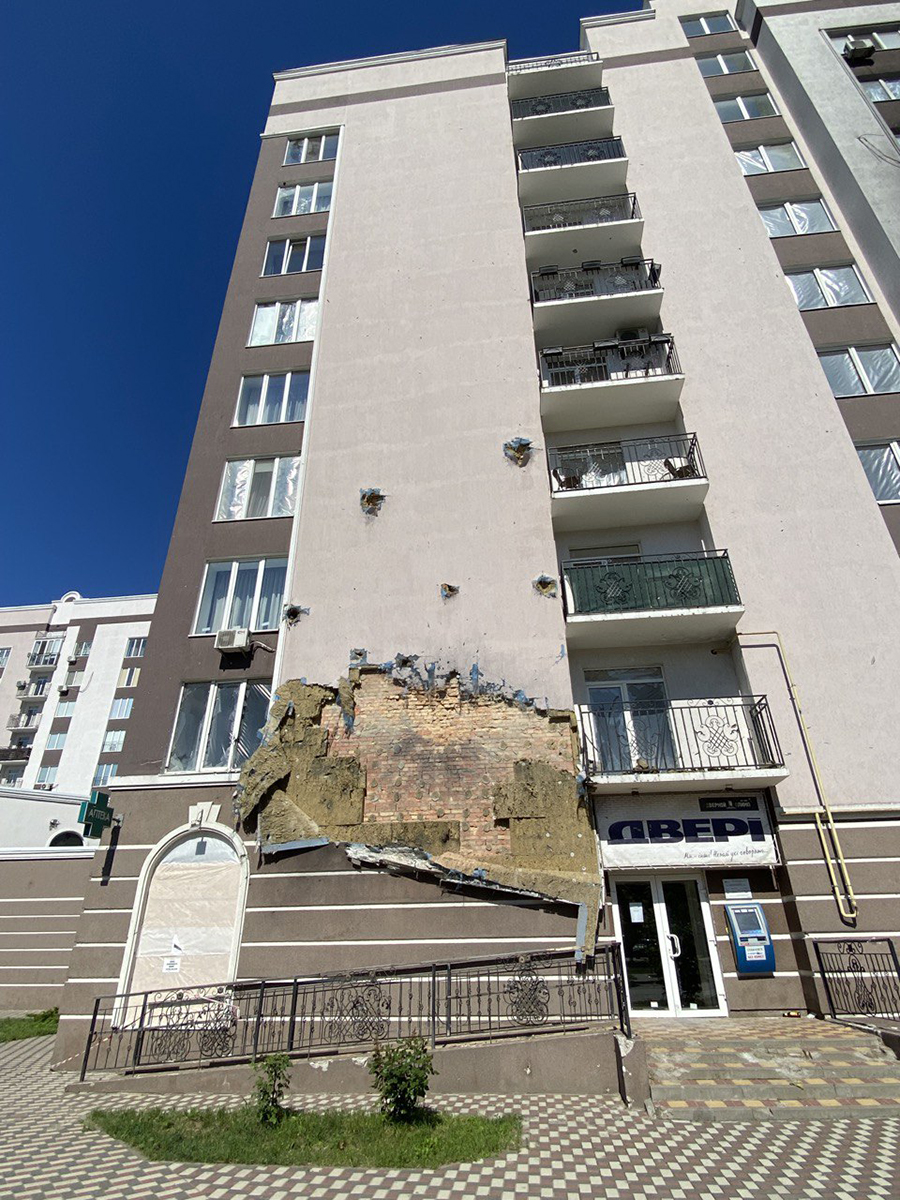 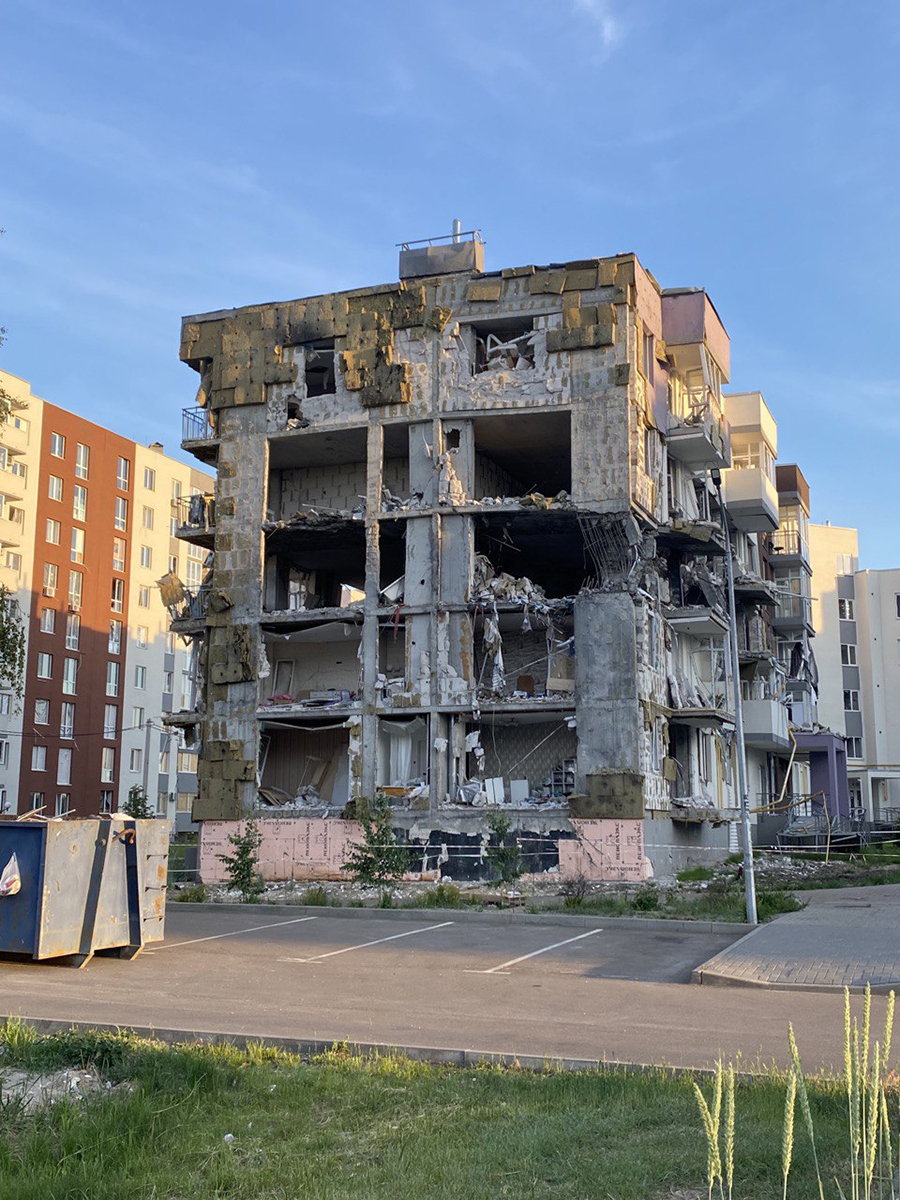 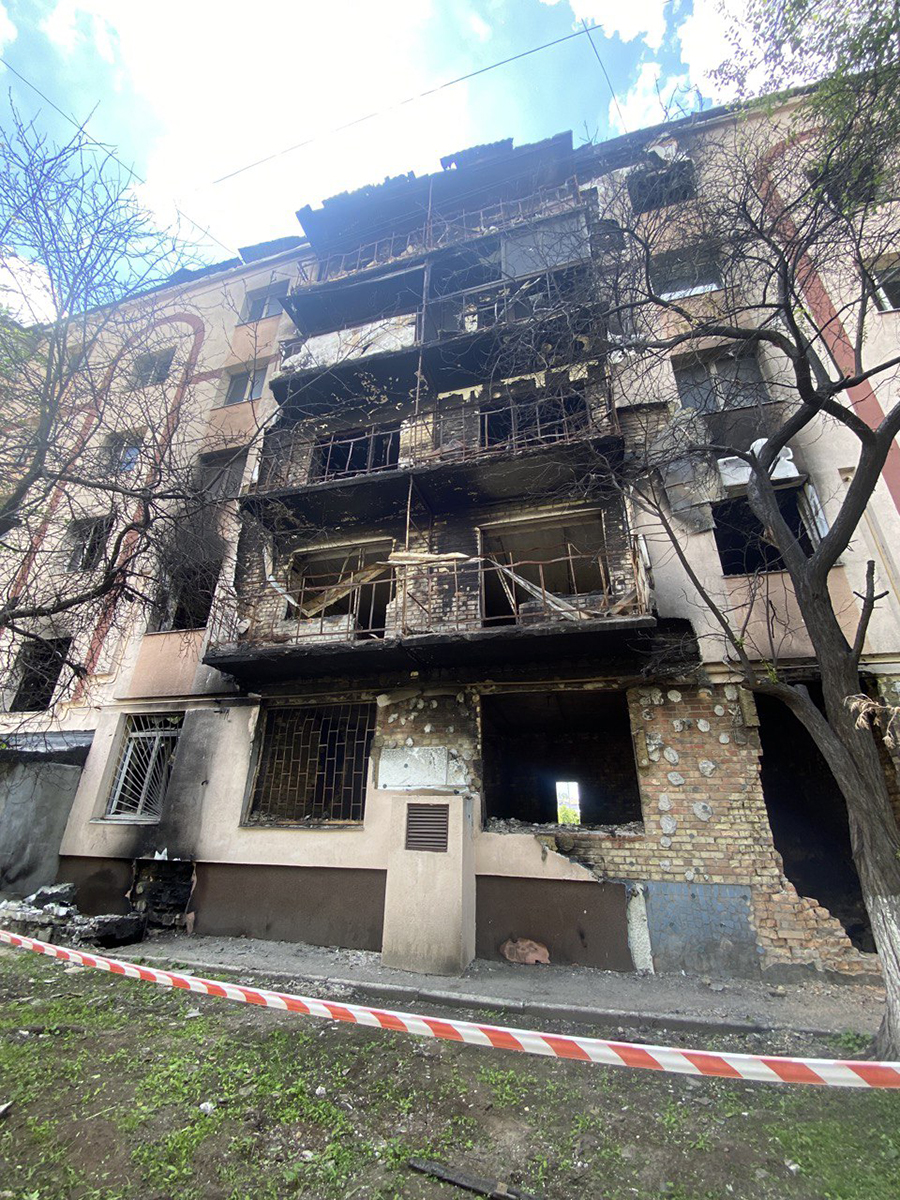 „This is how Bucha looked two months after the Ukrainian army liberated it. The evidence of brutal Russian occupation was present at each corner”

Russian soldier “boasts” of war crimes. Ukrainian intelligence agents intercepted a telephone conversation between a 21-year-old Russian soldier and his family, in which the soldier “boasted” of the types of weapons the Russian military used on civilians, and described how prisoners of war were tortured. Colleagues from “Scheme” verified the audio and identified and spoke to the soldier to corroborate the crimes.